In 2014 the first season of this Science Fiction series started followed by a new season of ca 13 episodes every year and in 2018 we can expect Season 5. Star of the series is the Australian Eliza Taylor, at the start of the series 25 years of age. Other members of the cast are Bob Morley, Marie Avgeropoulos, both in their twenties to early thirties like all of the cast members…playing 18 year olds that get dropped on planet Earth after the 97 years humanity survived in space. This young good looking cast, surviving on a rough planet with some violence mixed with coming of age, Sci-Fi, Romance and some interesting ideas makes this easy to watch. And so do many people. You should try it if you did not already.

The future of vintage bar games

So the series is set somewhere in the early 2100’s. There were some developments during the 97 years people lived in “the Ark” space station. But the ca. 2000 people there, were not concerned with developing new games it seems, rather keeping alive seemed important. Can’t blame them. And in addition, why bother trying to develop new games when you already have chess, checkers, cribbage and card games, right? And in the first Season in Episode 3 we get the first chess scene. 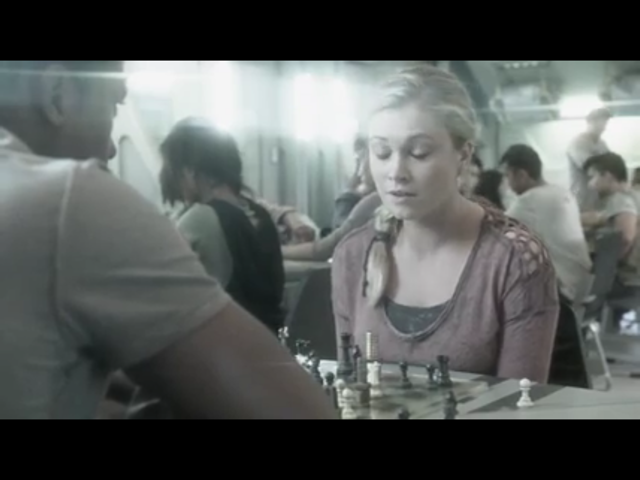 And I quote from the scene “If your strategy is to lose realy fast, then that is a great move”. Do look at those faces, very funny stills. 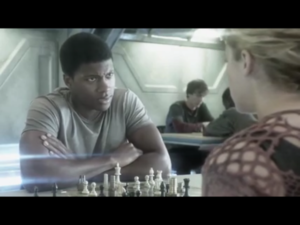 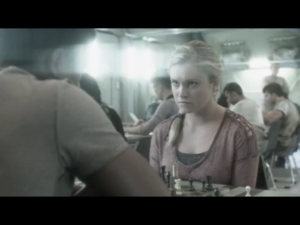 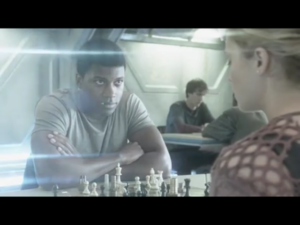 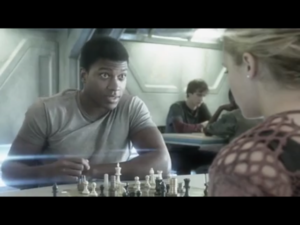 It seems that chess is chosen to illustrate that is not just a fun game but also makes an appearance when the characters make a strategic decision. Again in Season 1, Episode 5, when they need to kill of part of the people living on the Ark that are putting to much pressure on life support.  It seems showing a chess board with same pieces make the viewer think the characters are thinking as well?! 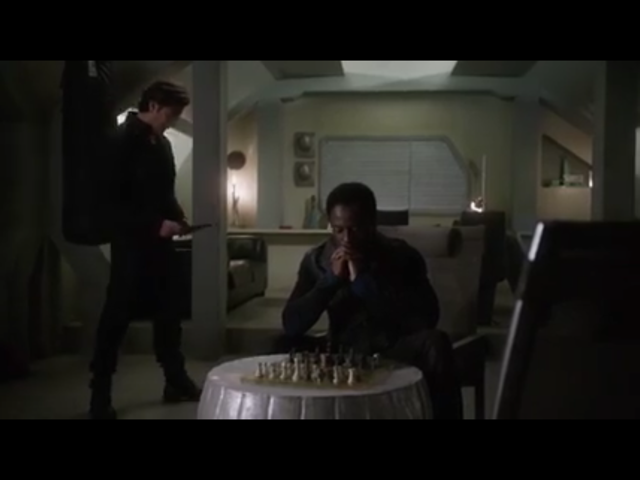 But when looking at the board he is not really playing anybody….probably just playing himself. He does develop a special relationship with the black horse in the game. In Season 3 a near death experience makes him almost loose his life and his chess piece. 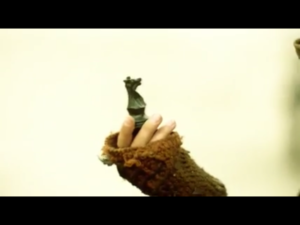 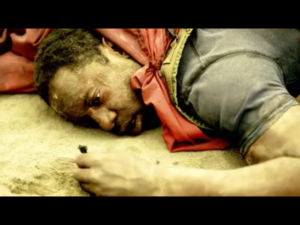 But after a bit of surviving he get’s his wits back and offers his horse to a boy he also wants to learn how to play chess. He started on making a chess board but I still wonder how he was going to play chess without his outer pieces. Perhaps he could by some here at Vintage Man Stuff, see our chess pieces in the games section. 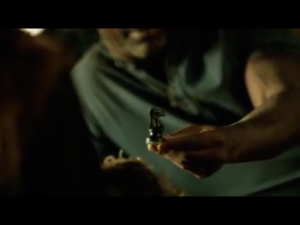 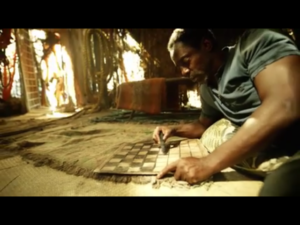 In season 4 when things get really interesting it seems that chess was not the only game that survived a century in space. We get a quick look into all the games that were played when back on earth. We get backgammon and a set of cards. 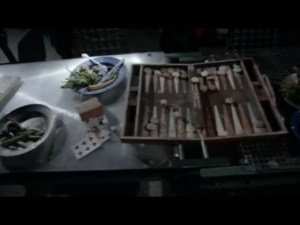 Then there is cribbage and more cards and a first glimpse of….of course…chess. Probably a game that is short 1 black horse? 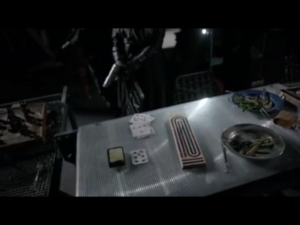 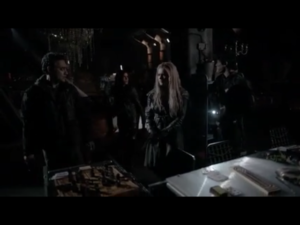 A conclusion to future of vintage games

It seems that no matter where mankind is heading. Timeless games will always stay part of their heritage. Do read up a bit on dominos, a game I a pretty sure that needed to make this line up. Also I am a bit sad I did not see anyone play a game of Darts in Zero G.