About every year I find a new serie to watch! Series seem to get better and better and the best series are not only made by Networks like HBO who we have to thank for Game of Thrones and FOX that produces the Walking Dead (and Fear the Walking Dead).  In addition we now see that Netflix under the Starz Label produces  great series like Spartacus and Black Sails.

And now we have American Gods! Check the trailer if you have not become acquainted with it yet. The leading character goes by the name of Shadow Moon (no…really…I kid you not). He has the worst kind of wife….one that cheats on him with his friend and won’t stay dead either. He is by the way also the guy that plays “Lincoln the Grounder” in the series The 100.

What has American Gods got to do with Checkers?

In this first season (episodes 3 & 4) a good old checker board makes it’s entry. Checker used is also called Draughts, but just read the article to get up to speed: Bar games that we used to play: Checkers or Draughts. Pretty cool to see that even the gods like to play! Vintage Man Stuff Style that is: Smoking and in an old shirt!

END_OF_DOCUMENT_TOKEN_TO_BE_REPLACED

Suburbs in the late 1950’s and early 1960’s were the promise of a happy life for all people in America. Specially when you were not rich (yet) this was a part of town you could build your life from. This is the setting for the movie Suburbicon. A film produced by George Cloony and starring Matt Damon. See trailer below.

What starts off as a happy life got quickly sucked into a mafia-situation. Matt Damon seeks the solution to this situation in violence with a decent amount of theorizing from behind his vintage desk. The way he goes about his violence is understandable in his situation and his handling the situation often makes you laugh.

END_OF_DOCUMENT_TOKEN_TO_BE_REPLACED

How to make your social time into quality time?

Time off is great, time spend with your friends even better. When enjoying time with your friends, why not make it an experience? With a few vintage items you can create a whole different ambiance. when these items are interactive you are adding a entire different layer of fun, vintage fun. 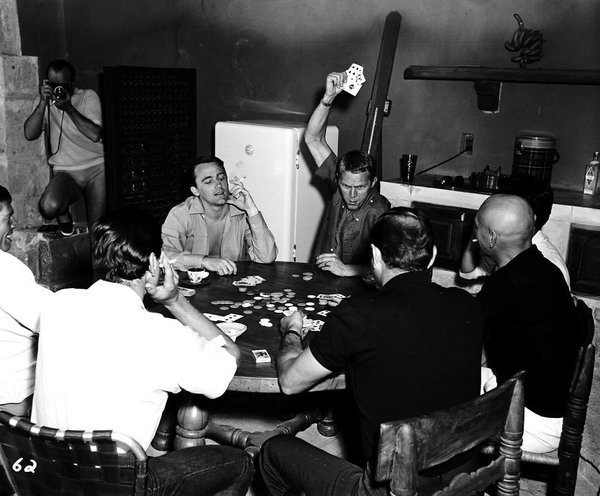 END_OF_DOCUMENT_TOKEN_TO_BE_REPLACED

Grinding roasted coffee beans is hard work when doing it by hand.  So let’s call it a manly job! I like to share some information here on the art of coffee grinding for a great cup of coffee….vintage style.

History on the Coffee grinder

The first coffee grinders were probably generic grinders for all kinds of herbs, dating back to the 15th century and perhaps earlier…being downsides mills an all. The “first real coffee grinders” date back to 1600-something in England/Holland which was a direct link with the world wide overseas trading  they did. Spreading from these countries to the rest of the world. These by now higly  antique grinders are not much use in the every day proces of slow-coffee brewing.