Bar games that we used to play: Domino

Some background history on domino

Domino is an old game and developed outside Europe. The Domino evolved from dice and were originally white with black dots. In the middle ages it became popular in Italy first before spreading throughout Europe. The word “domino” seems to come from the original look of the stones. Two black dots (the eyes) on a white background looked like a kind of hood worn by Christian priests The Italian word for it was “domino”.  Dominoes is still played all over the world but it is most popular in South-America where it is actually a national game of many countries.

The populairity of the game lies in the fact that the stones are actually quite simple to make and easy to carry. Yet there is a large variety of games that can be played with them. This way it is great for a pub game with more players and still playable after several drinks. But there are also advanced rules for interesting strategic games for 2 playes.

Dominoes are available in many sizes. There is standardisation that includes the following: 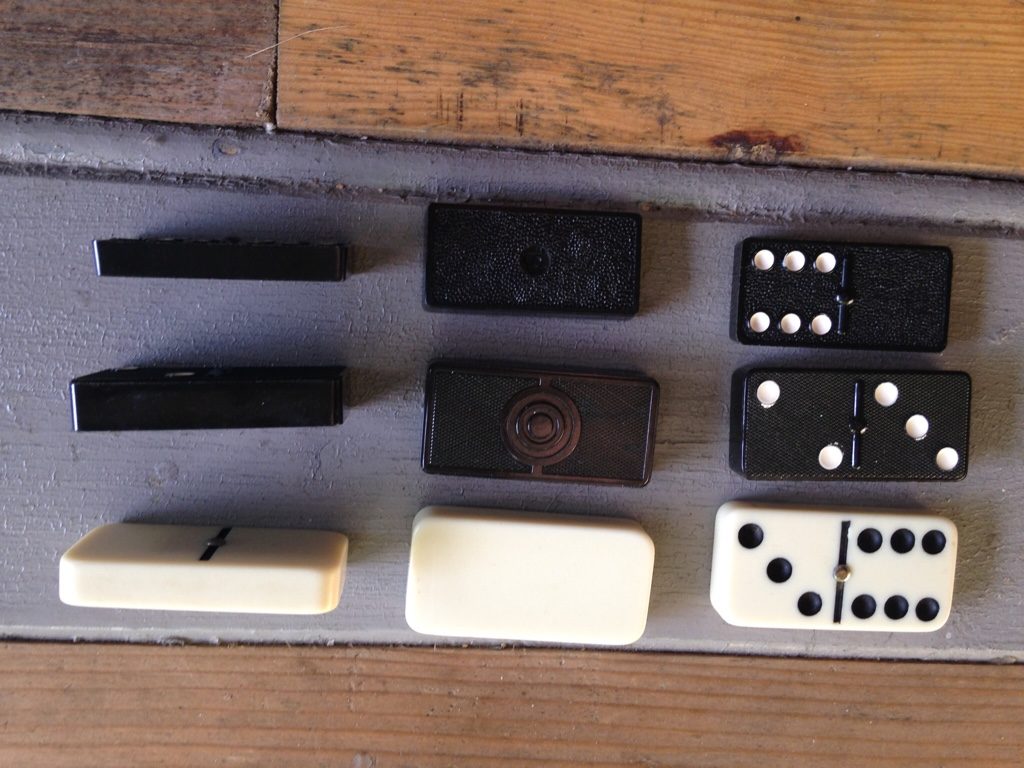 When shopping for a set, you best get a set that feels good and fits your games space best! Besides the sizes of the stones there is the size of the set itself, that is the number of stones in the set. There are 3 sizes of domino sets. The highest numbering stone (most dots) lends it’s name to the designated size.

Different sizes of stones and sets allow for different packaging. This way there still is a lot of variations on the “simple” domino! 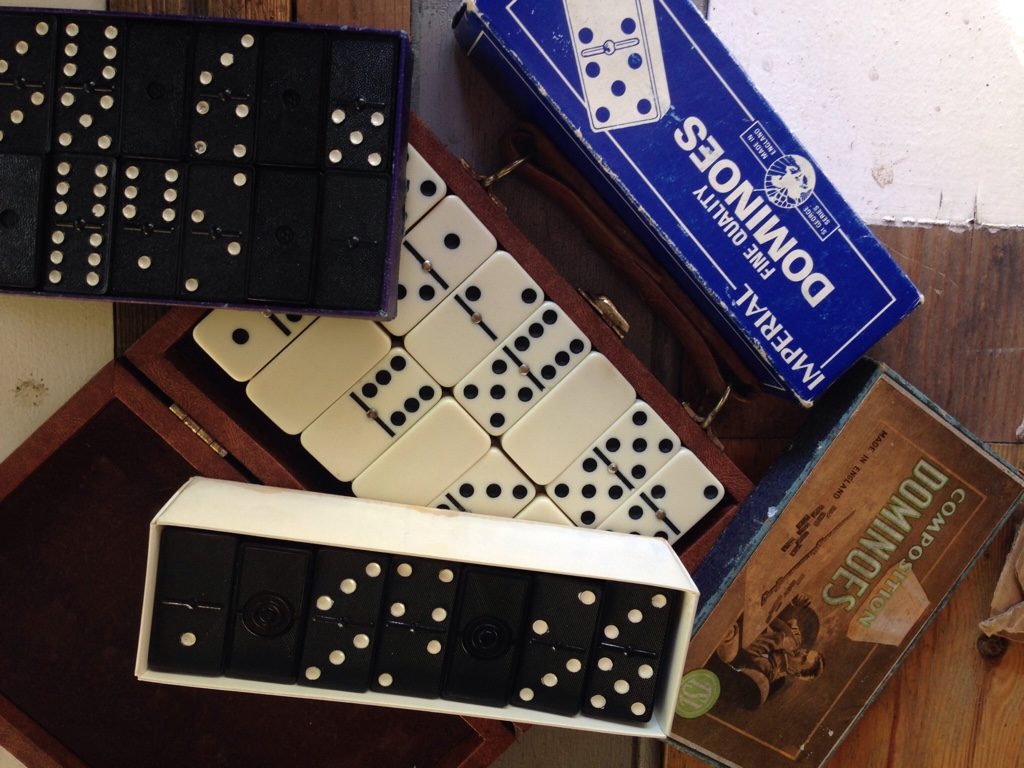 With this intriguing stone, based on the ancient dice, you can play a lot of different games in your vintage man cave or vintage style bar. I will not sum them up here for you since there is a great website which took care of that: www.domino-games.com.

Makes sure to try several to determine which games suits which situation or company. Making sure you can impress your friends or win some free drinks by beating them time after time. When the drinks keep coming, make sure to adjust the game to the right gear!