This article is looking into collecting slide rules, the calculating aid that was widely used before the electronic pocket calculator (different field of collecting). From as early as the 17th century in rudimentary form to the 1900’s when they got more common. Used by Einstein and used in space exploration until they became obsolete in the late 1970’s.

Some history on this special calculating tool

There are 2 basic forms for the slide rule, the long rectangular ruler with most of a time a central slide, from which the name “slide rule” emanates. The second shape is round which provides room for longer scales (calculation lines). Mathematician William Oughtred was the inventor of them both, he came up with the rectangular shaped slide rule in 1620 and the circular shape in 1632.

The earliest rules were made of wood and / or paper where later ones (around 1900) were made of wood with a white celluloid coating and glass window like the ones shown above. Slide rules use logarithmic scales. The user had to look up the number on 2 different scales, add them together and then look for the number whose log was the sum. This was made easy by sliding the scales relative to each other and find the sum in the widow, indicated by a vertical line. The slide rule was a common tool for every person that wanted to make quick calculations and became available to the general public in around 1900. Two common methods of placing the scales on the rule and slide were the Darmstadt method and the Rietz method which is found on many slide rules.

Slide rules in many sizes and shapes

The rectangular slide rules, as shown below, came in various sizes. The one in the middle being the standard size with around 30 cm or 12 inches. This gave room for a wide variety of scales and was the usual size for roughly 1900 – 1950. There were calculations that required more space so in some cases longer slide rules were produced, measuring ca. 50 cm or 20 inches in length. The glass windows were mostly made of glass with 1, 2 or 3 hairlines.

In order to make calculations on the fly possible, also smaller slide rules were produced like the smallest shown above. These were pocket size rules, often with less scales but still very handy for basic calculations. These also served as a marketing tool so these often have an imprint of a business logo or name.

From 1950 on new materials were available making different slide rules possible for all kinds of calculation at a much lower cost. There are century old round models but the ones shown below are from the 1940’s – 1960’s. The round rules were seldom made in wood. The ones below are made of metal, plastic or a combination. This had to do with the durability. A nice example of a wooden one can be found here: made by Emil Tröger. 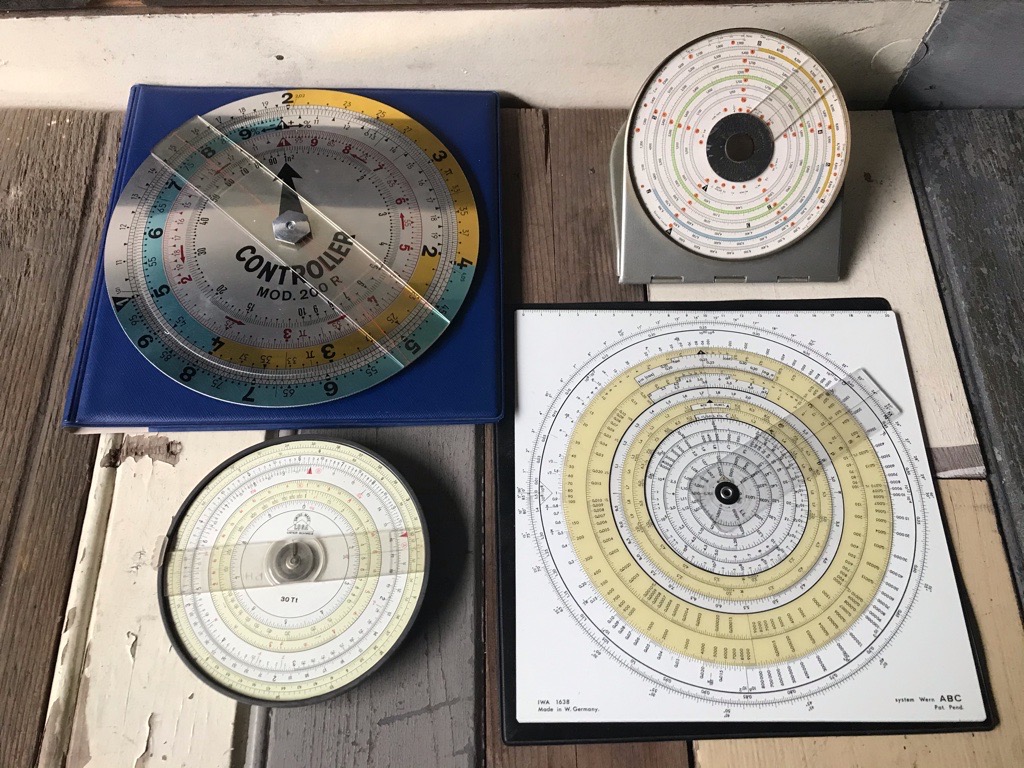 Again these circular slide rules came in various sizes, depending on the room needed for the scales. Or in case of the slide rule on the right hand top side, based on the production methodes. This company produced various round slide rules in the 13 cm or 5 inches diameter in a metal casing.

As with many other fields of collecting, the attractiveness of a slide rule is in the condition. Besides that the amount of scales determines how complex it is. The more complex slide rules were more expensive then the standard versions and as a result these were produced and sold in lower quantities. The difference is seen in the slide rules shown below. The 2 on the top right side show the distinction between a simple and a complex slide rule. 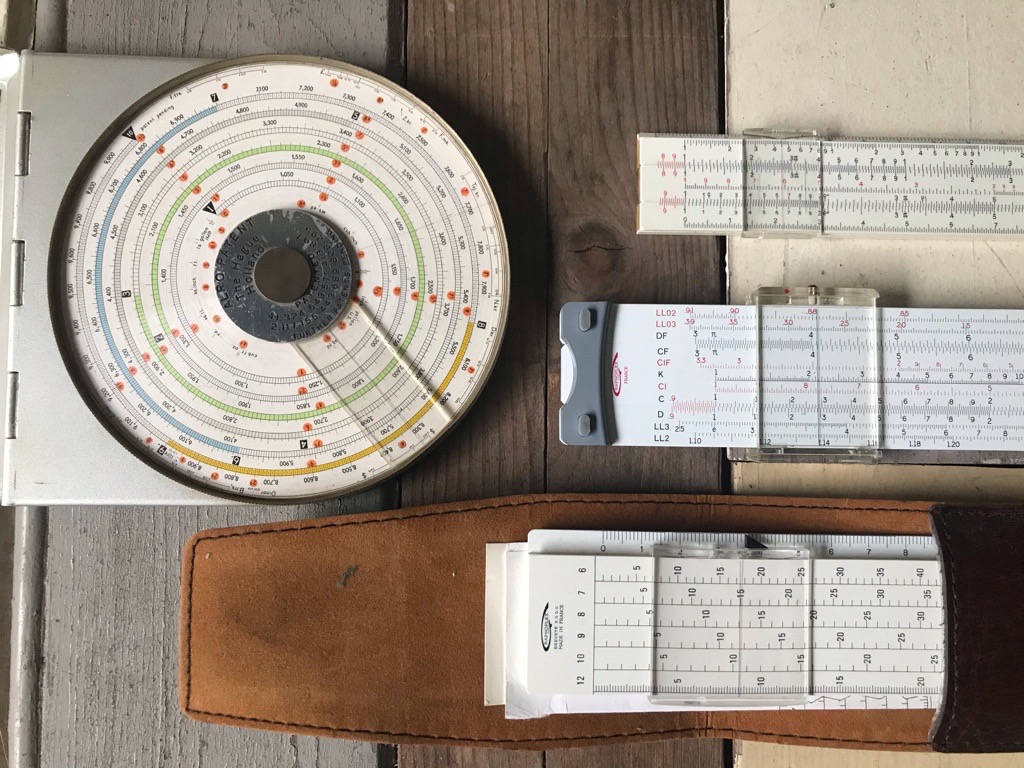 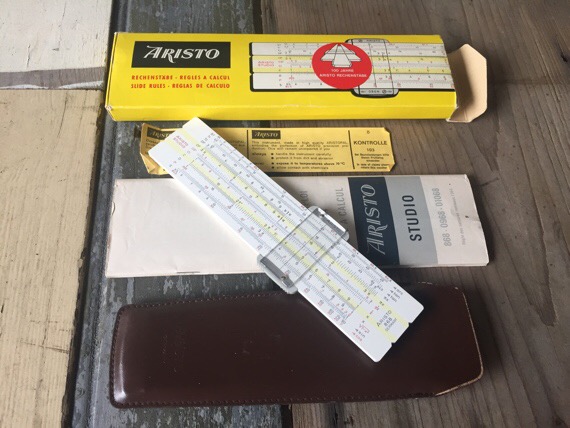 Shown above is a slide rule in full packages as it was sold in the 1960’s. It has not only it’s leather sleave (or case) but also the manual, the outer box and even a small quality control slip from the factory. Most collectors appreciate these extra’s as bonus or may only collect them as complete packages. In many cases the manuals tell you exactly how to work the specials scales on a particular slide rule so these come in handy as well!

Facebook Twitter Pinterest linkedin Telegram
Slide rules are a field of collecting in their own right, read the article Great vintage collection : slide rules, for general information on this calculation aid. In this article I will be looking in...