When doing your math homework there came a time you were so happy you could make calculations quicker and more easy. In the 1970’s you could choose. Do I learn to operate the slide rule (see vintage collections : the slide rule) or pick-up an electronic handheld calculator. Or in the 1980’s as I experienced…why on earth did I learn to make calculations on paper when there was this great thing called calculator? But now they are vintage fun and getting more collectable.

The calculator as we now know it. – brAun vs Iphone

Most people nowadays encounter the calculator as a part of the phone (mostly as an app). But Steve Jobs, our Iphone creator did not invent the calculator look and feel at Apple HQ all by himself. Look familiar? 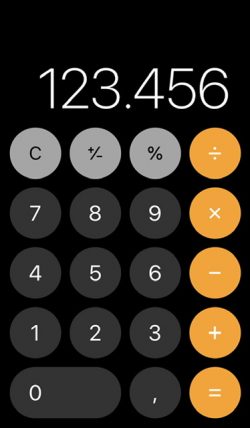 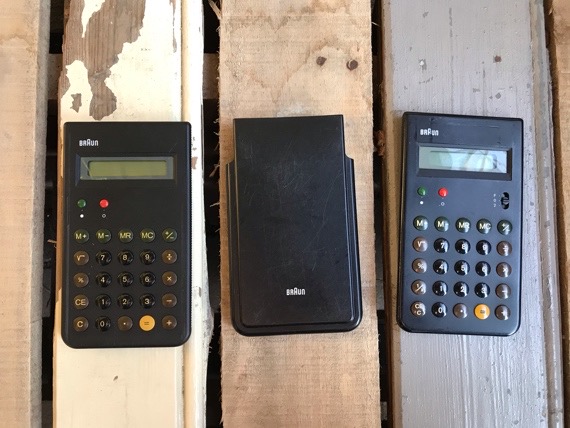 So our current calculator was actually based on a vintage calculator design by Braun from the 1980’s with special thanks to mr. Dieter Rams. So if this does not get you interested in some calculator history just check out some of the pictures in this article and I am sure you will understand the fascination of the vintage electronic handheld calculator collectors.

As shown in the first picture of this article, there are many different shapes of calculators. Over time the look and feel changed from brick like handheld models, derived from their large desk dwelling brothers and sisters. Like this Adler. 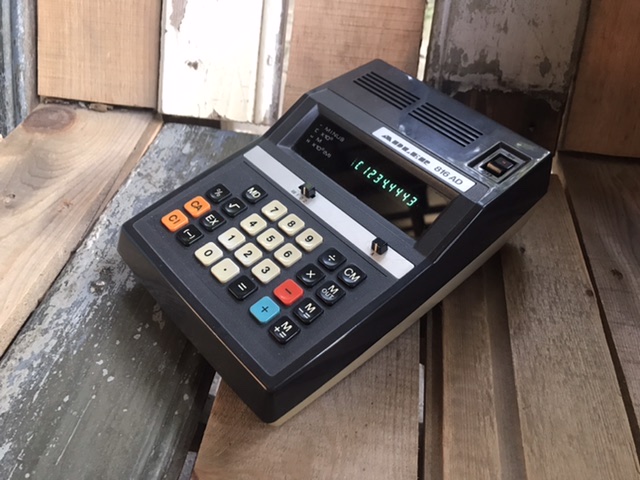 Which finds it’s way to machines like these from the same period, early 1970’s. Also notice the green display. The Roger below has many of the same features including the use of metal. Around the same time there are calculators with the red LED display. Both talking up a lot of energy from the power cells so these were later replaced for grey-ish LCD displays. A good tell to pinpoint the age of a calculator 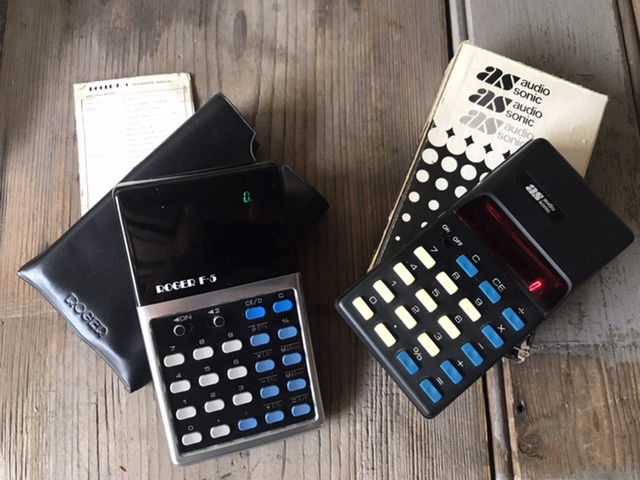 Texas Instruments and Hewlett Packard are best known for their calculators because they stoot at the cradle of development. It was Texas Instruments that came up with the first prototype in 1967 of a handheld calculator, where Hewlett Packard created the first pocket size scientific calculator in 1973. The models shown below being from a later date but show that HP and TI were going strong, building on their early developments. 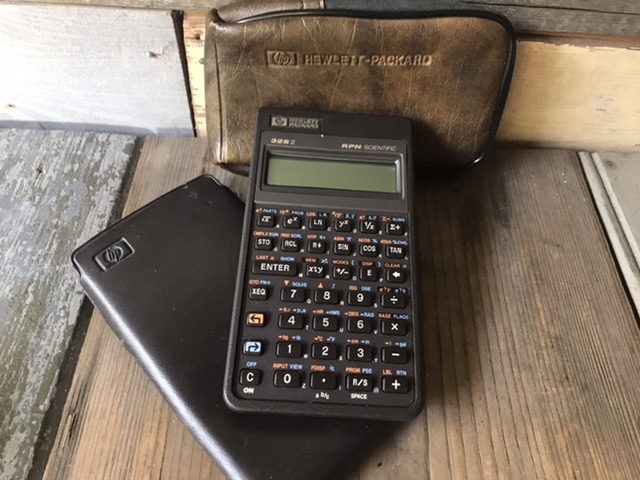 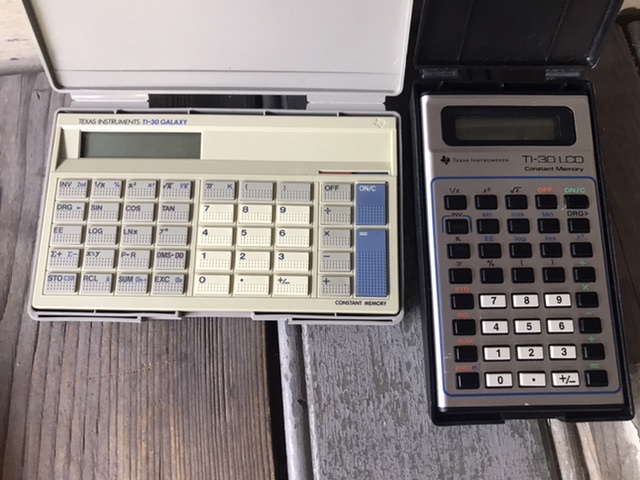 Of course the standard calculator was produced by many different companies since it was a high volume market. Where the first calculators were very expensive and only bought by scientist and administrators, they came available to the general public within a decade after development. Amongst the different names you find Casio, Audi Sonic and Canon, just to name a few. 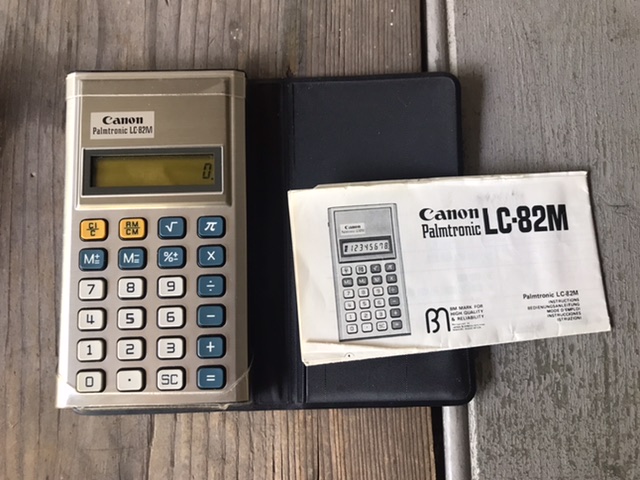 Besides standard basic calculators the development lead to more complex calculators with all kinds of scientific functions and later on even graphical functions, getting closer and closer to mini computers. The bulk of all calculator were making for rather generic calculations. With only a few exceptions, like the one below. 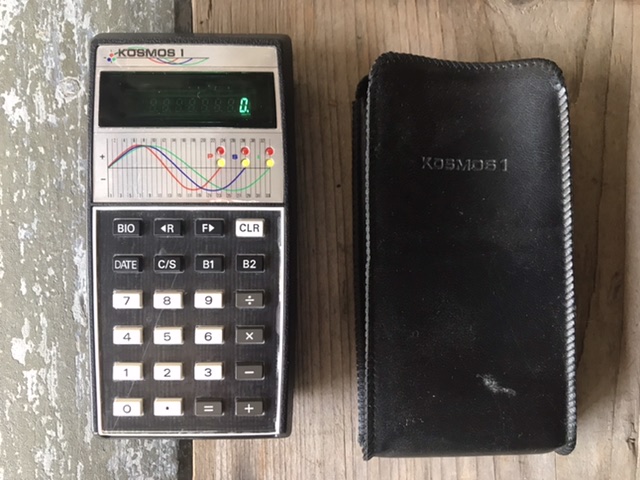 Features here is a special Biorhythmic calculator that only does that. I needs to input certain dates so it can calculate your personal biorhythms, something that was fashionable in the mid-1970’s. There are also 3 yellow and 3 red leds installed for these functions. So it has the look and feel of a standard 1970’s calculator but is actually a very specific handheld early computer / calculator. Another area of specific calculators was the field of navigations that lead to the production of some interesting pieces for these specific airplane piloting calculations.

When collecting, you would look for working calculator. In addition it is great if you also get a manual with it or even the box it was sold. This would make up a “full set”. Perhaps even a warranty card or soft sleeve could make part of this. 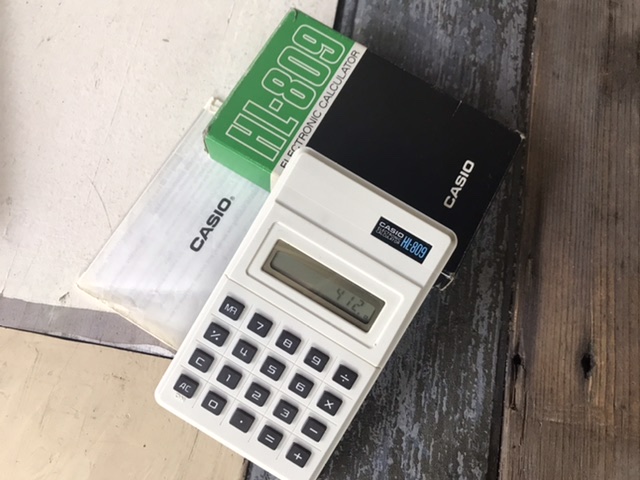 Above you see a Casio model HL-809 with it’s original box and manual and clearly in working order. It gives a better understanding of the way the machine works, as well as the kind of marketing involved to sell this. It seems the emphasis lies on the “electronic” bit. Below a picture of the sleeves the earlier model calculators were often sold in. They have a logo imprinted. The brown HP carrying case was actually an extra accessory to give extra protection to the user that often transported their calculator. 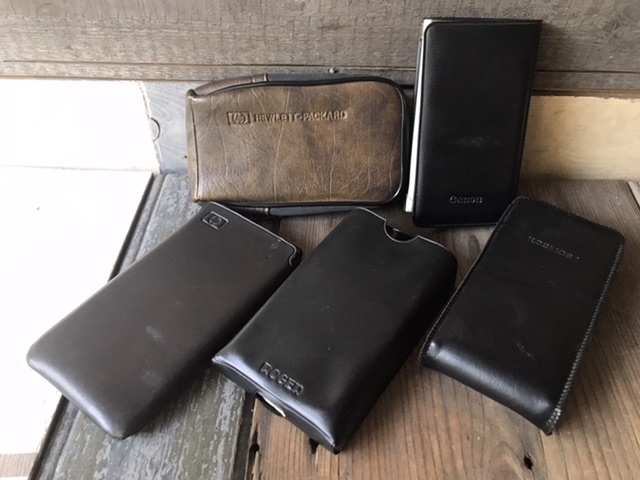 Vintage calculators are fun to use today and still pretty handy in my opinion. The history surrounding them make them an important piece of calculating history, specially it was only for a few decades.