Slide rules are a field of collecting in their own right, read the article Great vintage collection : slide rules, for general information on this calculation aid. In this article I will be looking into the quality round slide rules made in the Netherlands by ALRO in the city of The Hague between 1931 – 1959.

History of the ALRO Company – The Hague

In 1931 the Company “Ir. C.J. Dussel & W. Pasveer” is officially founded in The Hague ( adress: Wildhoeflaan 21) by the gentleman Dussel and Pasveer, lending their name to the company, which was very appropriate since these men spend the next 4 years developing their take on the circular slide rule. They also start producing their first version of their invention to get their design just right. Below is shown what their slide rules are made of in different positions. The decal in opposite to the slide rule, adds additional usage to the slide rule itself, scales and information. 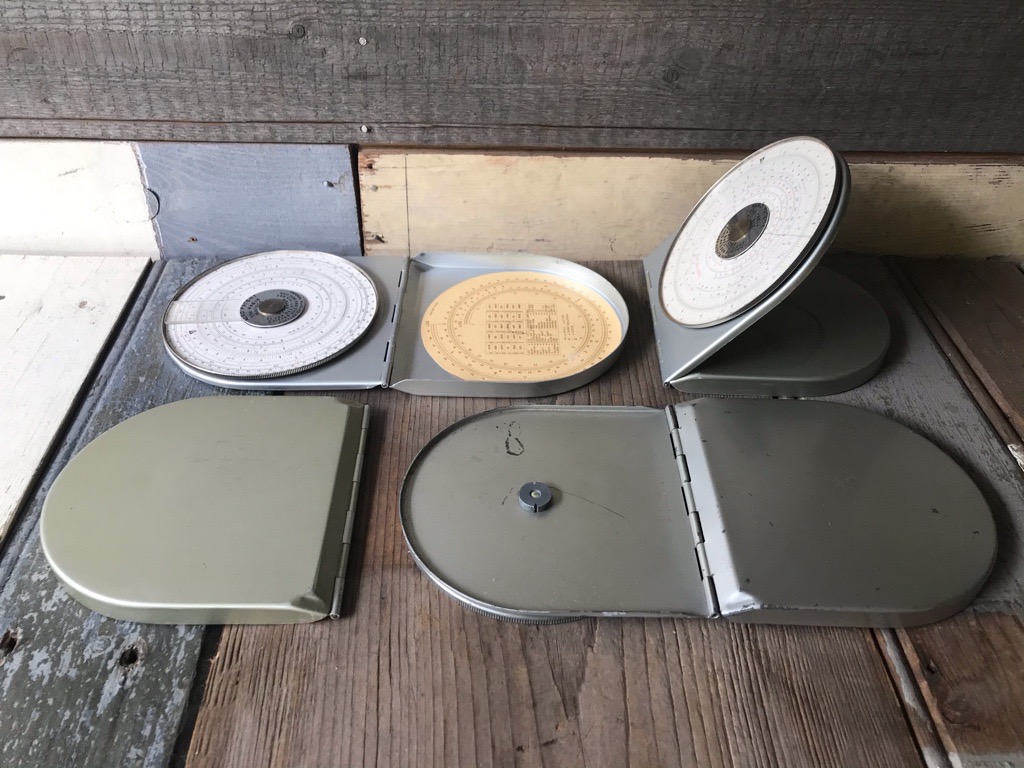 In the year 1936 the gentlemen apply for patents in 6 countries for their special construction of discs in a metal housing. Unfortunately mr. Pasveer dies and will not see the company flourish. The patents applied for are awarded in the years 1936 – 1938. They simultaneously started to produce the “ALRO slide rule” so there are versions with and without patents, or reading “Further patents pending”, as shown below. 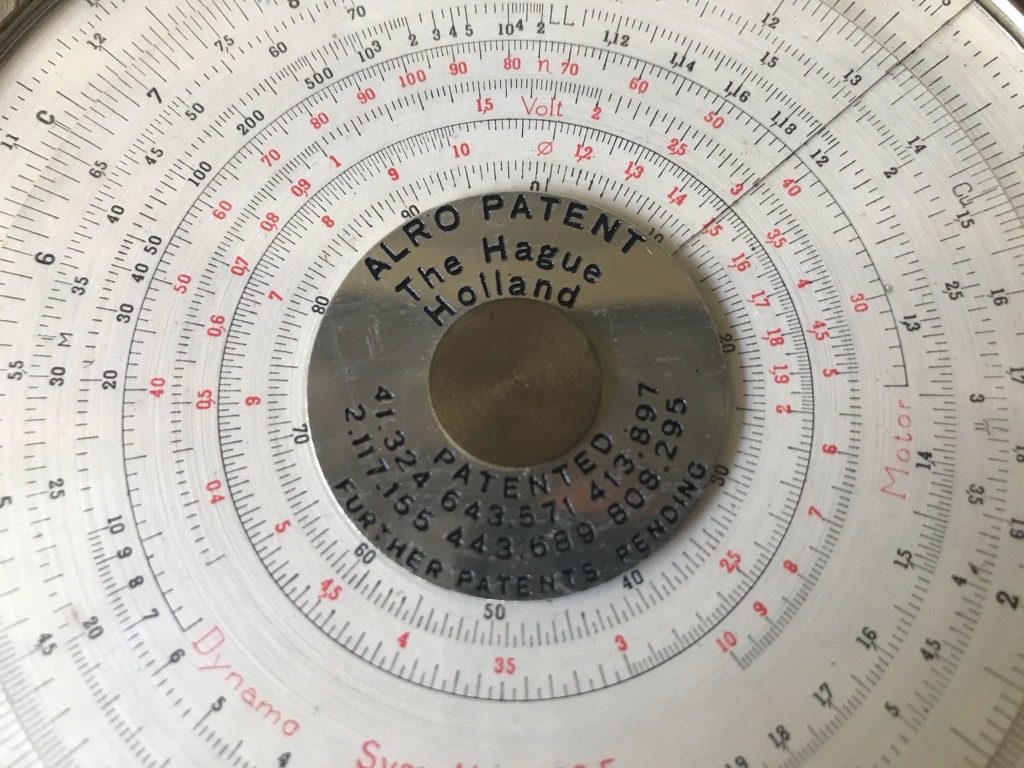 In 1938 mr. Dussel founded, together with mr. Jelier, a new company named “ALRO Maatschappij tot Exploitatie van Octrooien N.V.” also based in The Hague (Balistraat 81). This company produces the Alro circular slide rule as invented earlier, yet in the years up to 1960 they produce many variations of the 13 cm ( 5 inch) slide rule in metal case as shown above, as well as many other sizes and slightly changed constructions as will be shown later on. In the 1960’s ALRO focusses more and more on producing plastic information sliders and calculators rather then mathematical slide rules. ALRO stays in business to 1988.

Some of their other productions are shown below. There is small circular slide rule for the Muiderkring (the Dutch elektronica-liniaal), as well as a Military slide rule produced for the Dutch army. Special slide rules were also produced for Philips and the PTT (former Dutch Telecommunications). On the right is one of there 1960’s slider cards. ALRO outsourced most of the design and production if plastic parts to other companies but did the assembly in house. 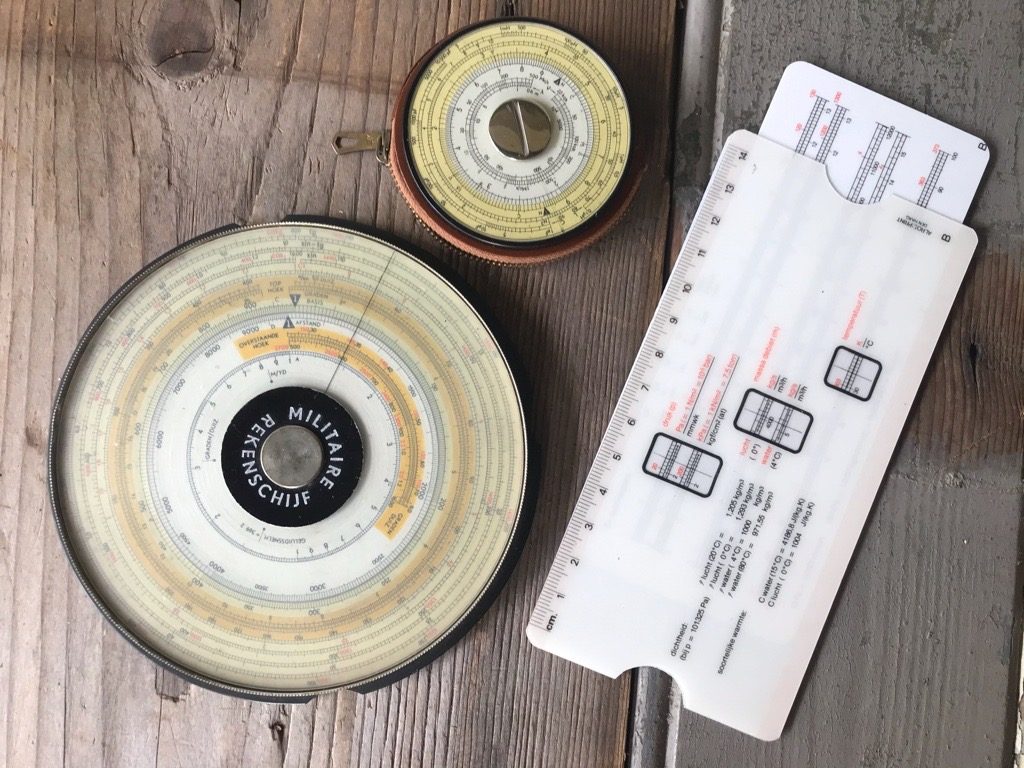 From 1938 – 1960 the backbone for the ALRO slide rule manufacturer excited of high of the production of their high quality circular slide rules in metal cases which they held all the European patents for. The case was made of aluminum to reduce weight. Only in the years of the second world war they were obliged to use more heavy materials for their case. These can be identified not only by their weight but also by a small finger groove in the front to make an easier opening possible. 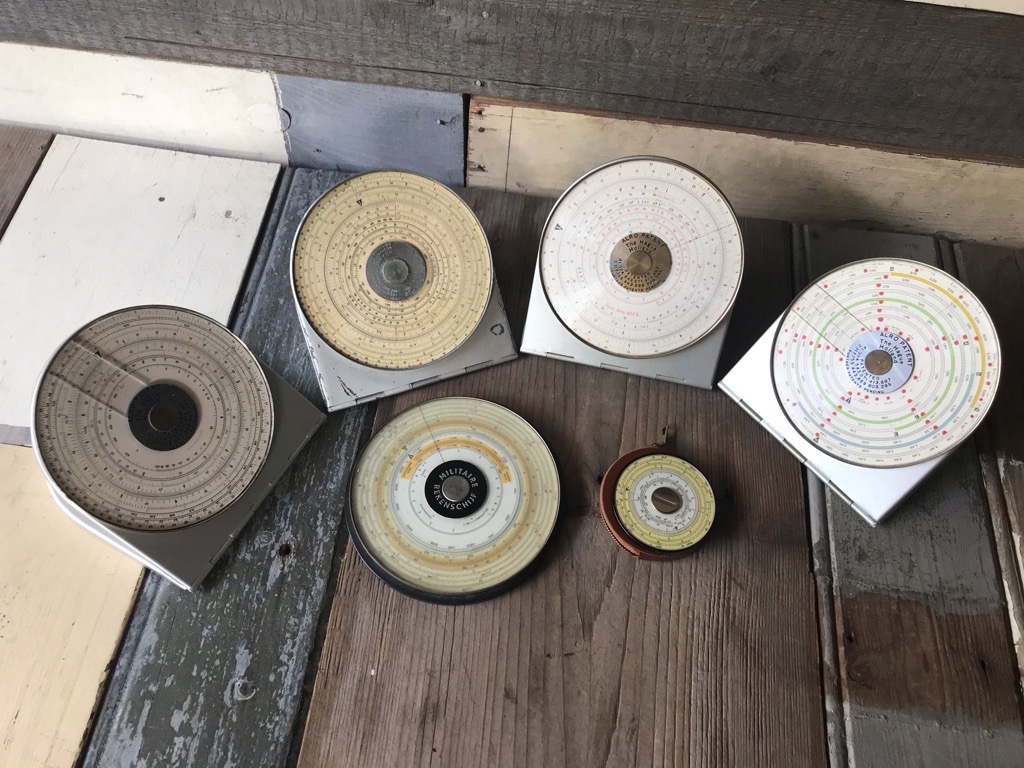 As shown above there were many different models of circular slide rules available in the 13cm or 5″ range. The first models produced did not yet have a model designation but were based on the Rietz method. Later these would be known as the models 100R and 200R where the 200R were produced the longest and also adopted into the schooling system in the Netherlands. Therefor the 200R model is the most common. These were also produced the longest, were the last modes got a make over from an all white model to a yellow-white model. Amongst the other models were the 300D, 40oD, the 500N and 600 E (Electric). One of the latest inventions (with a Swiss patent) was the very colorful model 1010 Commercial (shown above and below with manual). 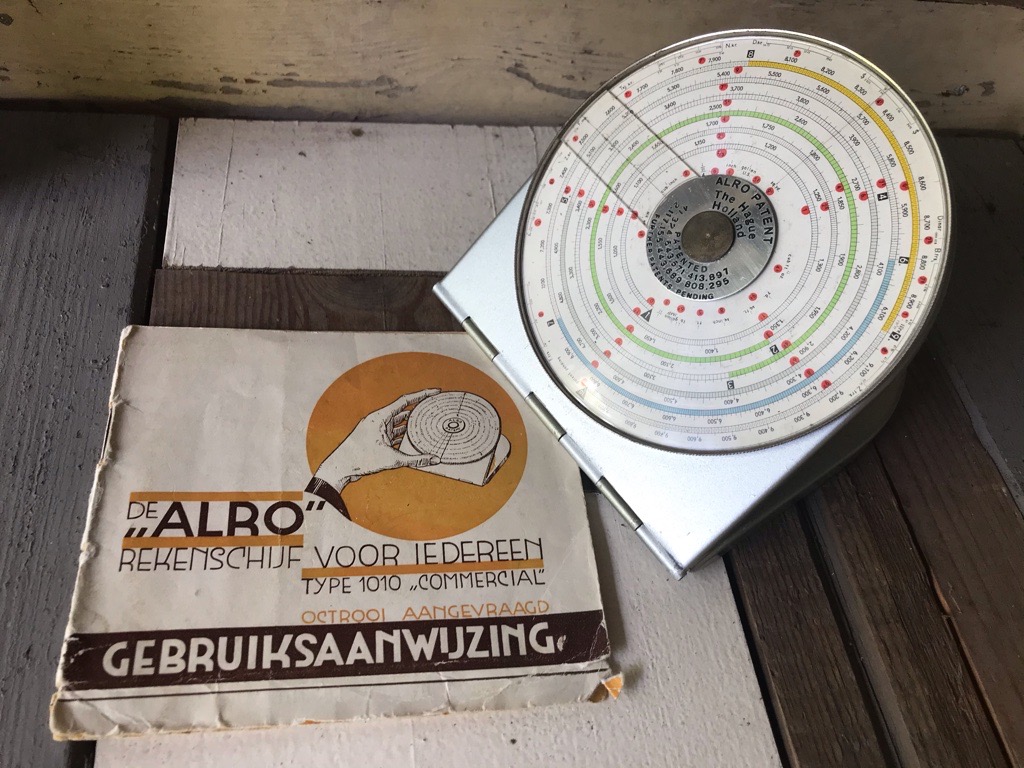 Slide rules of the same build were also made for very specific calculations like the Concrete slide rules shown here for architects. The military slide rule was produced in the same matter, or at least the revolving discs. It does not have the metal case. It has a very thick black early plastic base instead, fixed with the a nut as all others, but the back (yellow) also has instructions in Dutch on it, since it was specially produced for the Dutch army to make artillery calculations.
Since 2020 there is book written on all the ALRO slide rules by mr. Van Poelje which can be ordered here. In this book you will find all the slide rules and charts created by ALRO, including my large class room model shown below (measuring 50 x 50 xm or 20″ x 20″) which was produced to instruct the people working at the PTT (former Dutch Telecommunications Company owned by the state, now KPN / PostNL) on the risk of exposure to nuclear explosions during the cold war area. 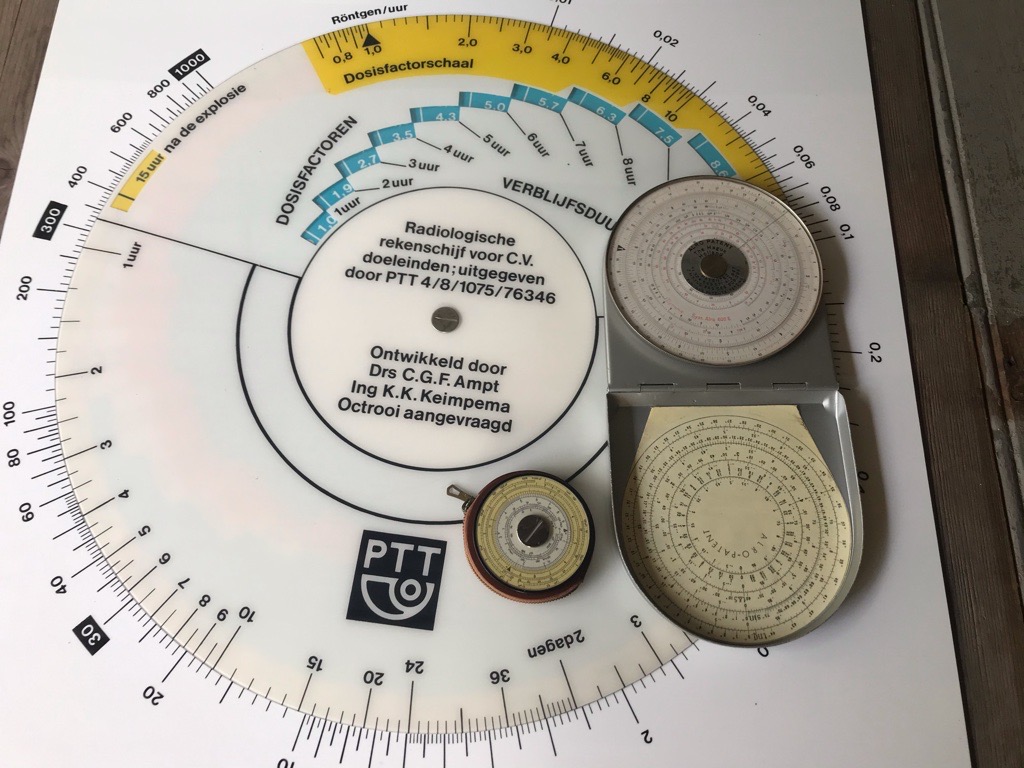