MONEY BACK GUARANTEE When item not as described. 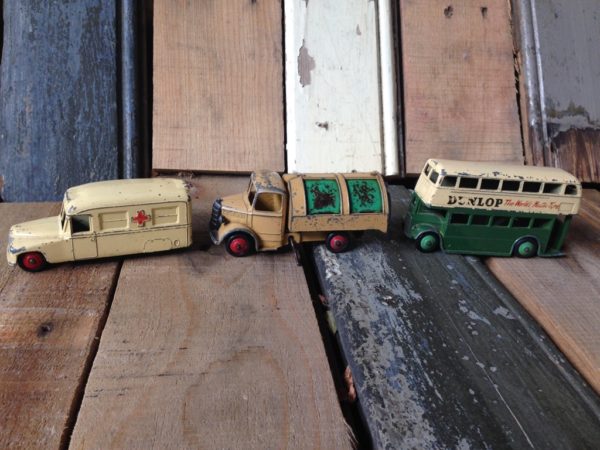 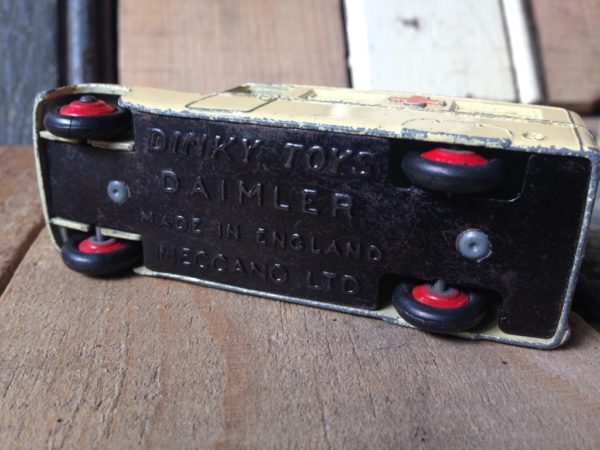 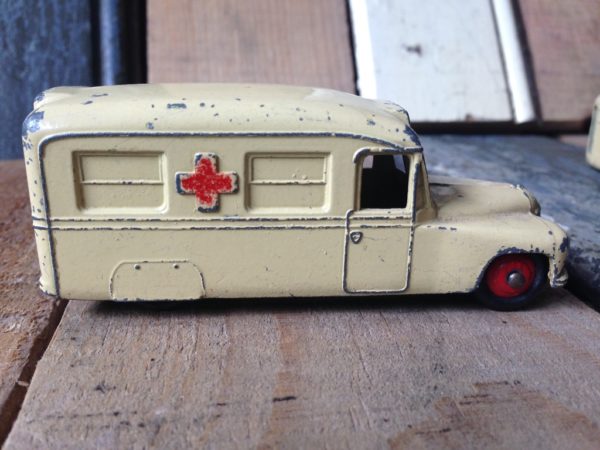 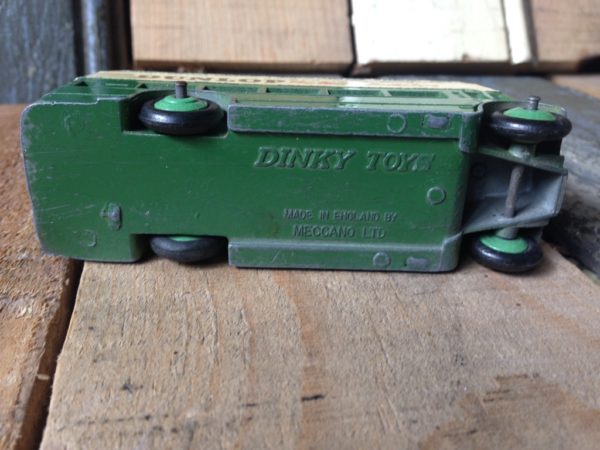 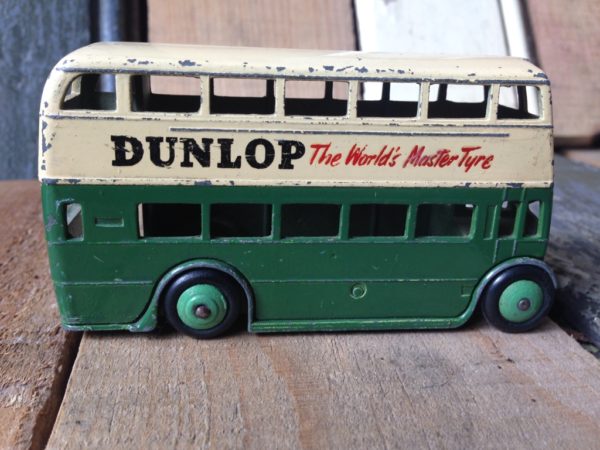 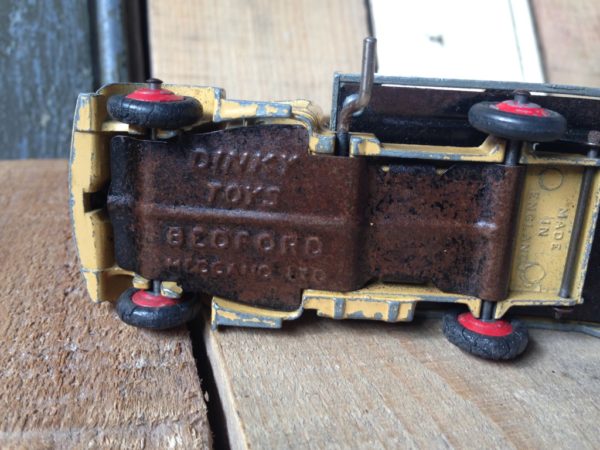 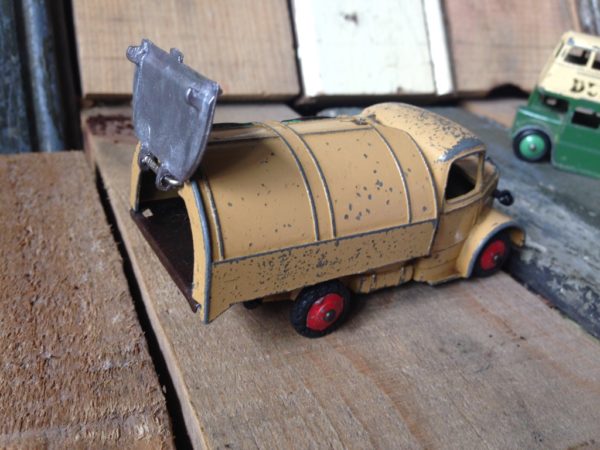 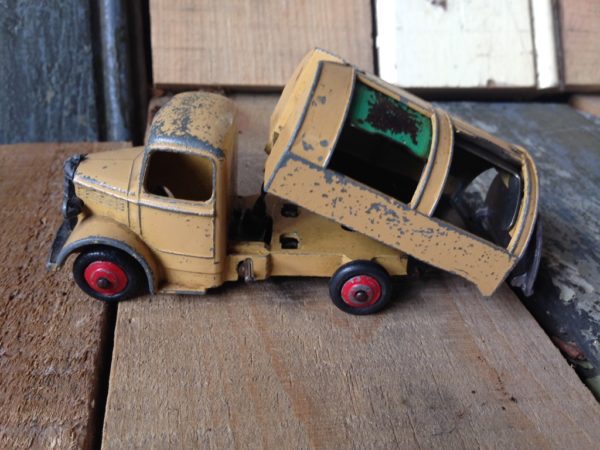 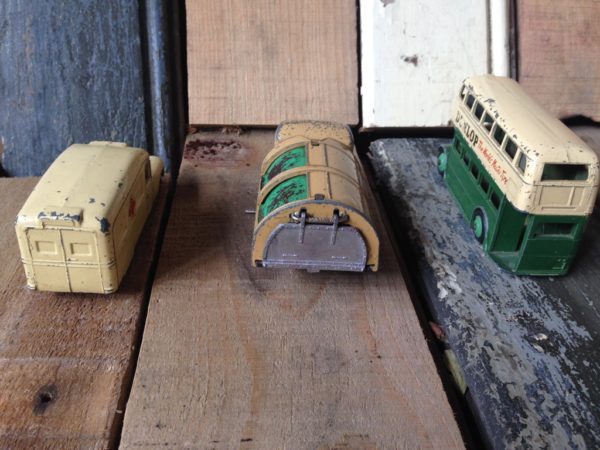 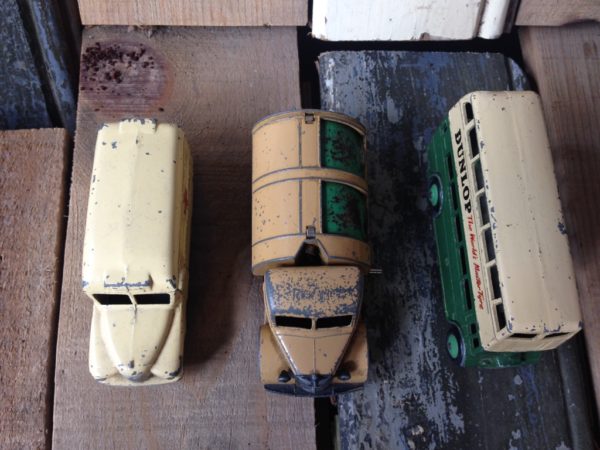 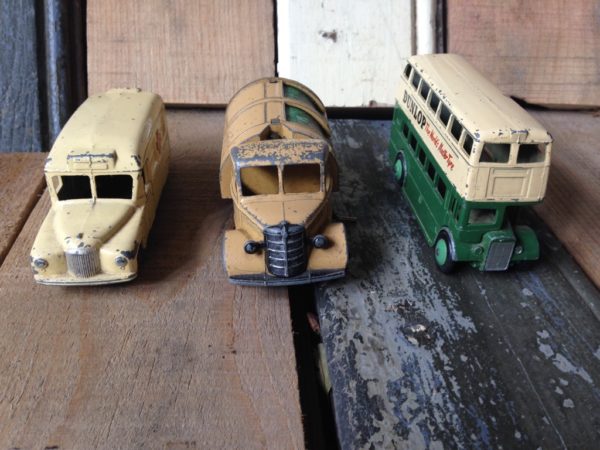 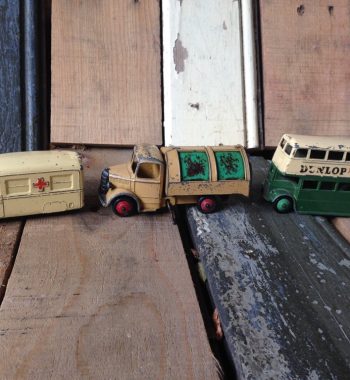 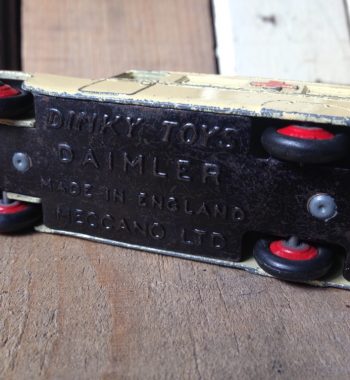 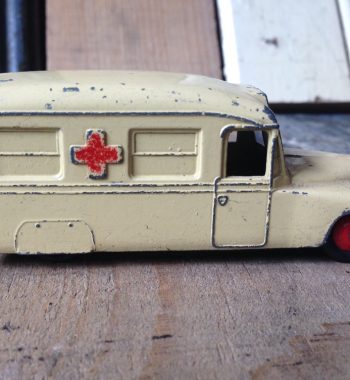 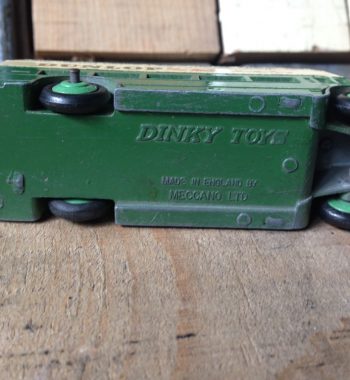 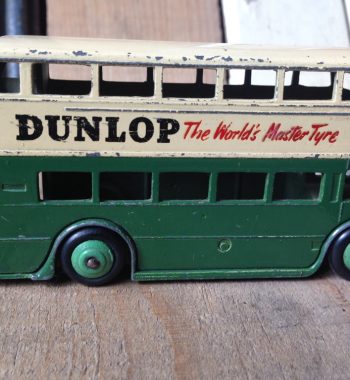 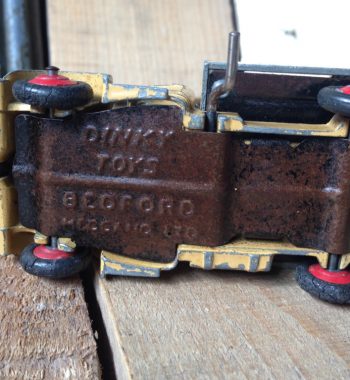 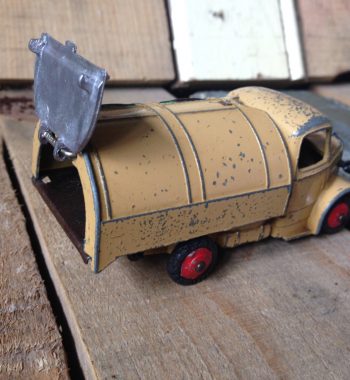 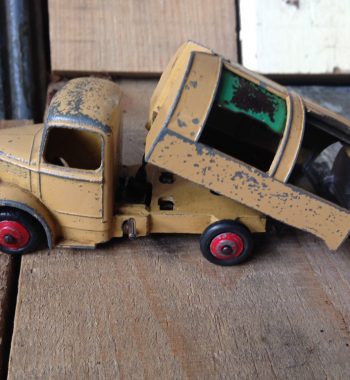 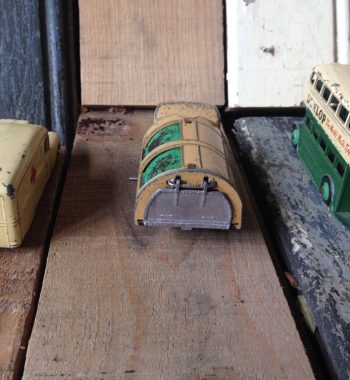 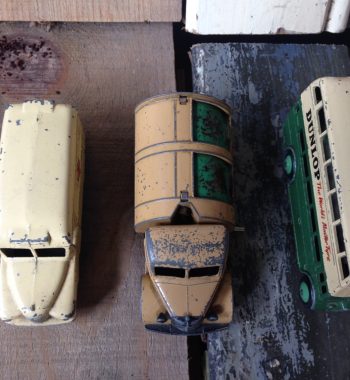 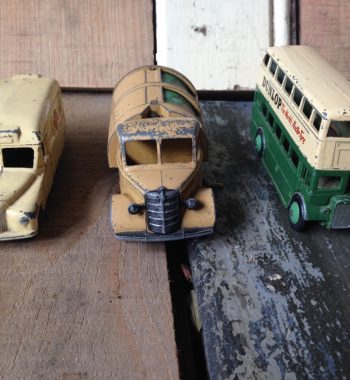 For sale is a nice group of 3 early Dinky Toys. These have number yet on the bottom. All part of public services there is the Bus with Dunlop logo in green and creme color. It is an early version without windows and with colored rims. It has some play wear. Then there is the Bedford garbage truck with several moveable parts. It turns upwards and the back and sides open. It has heavy signs of wear but it is complete and the tires are good. Last one is the Daimler Red Cross Ambulance.

Some words on the dinky toy brand. Frank Hornby established the Meccano Ltd. Company  in 1901 to make metal Meccano construction sets.  In the 1820′s under the Hornby name, the first trains were produced. Along with trains also small cars were produced as a accessory to complete lay outs. These were first called “Hornby Modelled Miniatures”, but in 1935 they were called Dinky toy. The word “dink” meas something like “fine” or “small”.

Over the years many models were produced. The pre-war models are highly sought after but most are made after the war. Dinky Toy production went on until 1971. The earlier dinky toys (1950′s) were more toy like where later on the cars were getting more and more details as well as more parts and later on, more plastic parts.